02.04.2010 Unknown persons tried to set on fire a city council building in the city of Plovdiv in the middle of the night. The entrance door was severely burned.

06.04.2010 City of Kurdjali. Someone throw acid on a capitalist company car. Probably fired ex-workers from the same company.

08.04.2010 City of Dupnica. A man stole a police car right from the police station. Policemen started to chase him. The man crashed the police car and it exploded. The man escaped from the fire but he was arrested by the police. 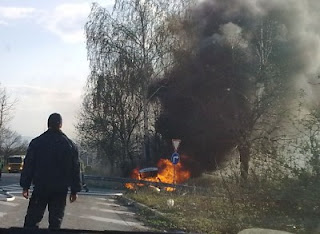 15.04.2010 Small village of Kochan close to the border with Greece. There was a greek sewing company there. That night the owner of the company tried to load all the machines on trucks and move to another location (probably back to Greece). As workers heard this they came to the factory and occupied it. In previous months there was a lot of cases when foreign companies quit its work in Bulgaria, left the country and did not paid last salaries of its workers. This time this was not the case - workers occupied the factory until they received their money.


As we already mentioned in previous news in march a single woman managed to rob a bank in the city of Pleven. Unfortunately police managed to identify her on a security camera tape although she was disguised. They arrested her. It turns out that she is not a dangerous criminal neither a psychopath. She is an ordinary teacher. Now she can be sentenced up to 10 years in prison although this is her first "criminal act" and she has done it because of the misery (average salary of a teachers in Bulgaria is around 200 euro). But now she is the real people's hero of the day! 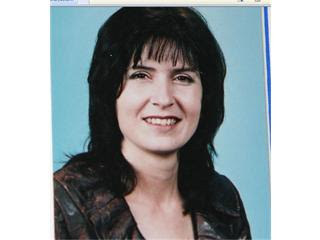