15.03.2010 A woman robbed a bank in the city of Pleven. She threatened the three employees of the bank with a gun and left the building with undisclosed amount of money. Last month another (or the same ?) woman made a similar robbery in Sofia.

20.03.2010 Federation of Anarchists in Bulgaria (FAB) organized first ever protest against detention center for emigrants in Busmanci (district of Sofia). Around 40 people participated. There was a heavy police presence. Emigrants waved through windows and showed pictures of their families. 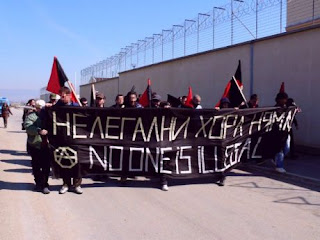 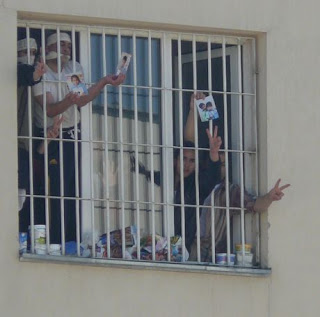