Around 30 people gathered in an antifa demo as a counter-demonstration against "Lukov march" - annual demonstration of Bulgarian National Union (BNS), one of the main neo-nazi groups in Bulgaria.

General Hristo Lukov was an army general born in 1888 and one of the first supporters of Hitler in Bulgaria. He was shot dead in 1943 by left urban guerrillas.

BNS is a bulgarian neo-nazi group. They try to present themselves like patriots not like fascists but it is just a smoke screen. They act together with openly-fascist groups like "Blood & Honor" and "National Resistance". They attack gays and gipsies. 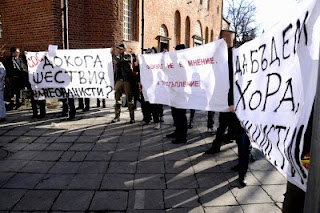 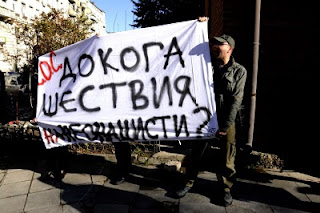